In this installment dedicated to research in Brain related areas, we sit down with Professor Helen Grech, a speech language pathologist and audiologist, to understand how her recent work is helping identify speech and language impairment in Maltese children.

As children, language acquisition comes naturally. By listening to others speak and seeing them act out what it is they’re saying, we learn what ‘a table’ is, how questions are formed, and that figures of speech are almost never literal. Yet what comes naturally to many, may not be that straight-forward to others.

That’s why Professor Helen Grech, who has a professorship in communication therapy, and practises as a speech language pathologist and audiologist, set out to develop and standardise a simple test which can identify speech and language difficulties in Maltese children.

“The patterns of Maltese children when it comes to language development are different to those of children in other countries,” Professor Grech explains. “That’s not only because the language is unique but also because most of our children are exposed to Maltese and English to varying degrees. That’s fantastic, of course, but it also changes things when looking to identify any language-learning difficulties.”

Scientists and researchers have discovered, in fact, that children who are bilingual from infancy, initially develop speech and language skills at a different rate and pattern, but in the long run, they are actually better-equipped at language-learning than their monolingual counterparts.

“This makes a world of difference when assessing a child’s ability and whether or not he or she has any impairments,” continues Professor Grech. “Moreover, even though many children in Malta are bilingual, the truth is that most of them have a primary language (English or Maltese), and that is something that we had to take into consideration as well.

“To give you an example, an English-speaking, three-year-old might have difficulty saying ‘ruler’ (they’d pronounce it as ‘yule’), whereas a Maltese-speaking child would say ‘liga’ to signify ‘riga’. But what happens when you mix both of those together is what we’re concerned with,” she adds.

The standardised ‘Maltese-English Speech Assessment’ (MESA) test, for which parents

can refer children to the speech therapy service at their nearest clinic, is relatively straight forward. Using simple images, narrative comprehension text and a test that checks their proficiency, professionals are able to determine if
a child has any language impairments (ie whether that child’s language skills are the typical or atypical for children of his or her age).

Of course, the test is simple due to all 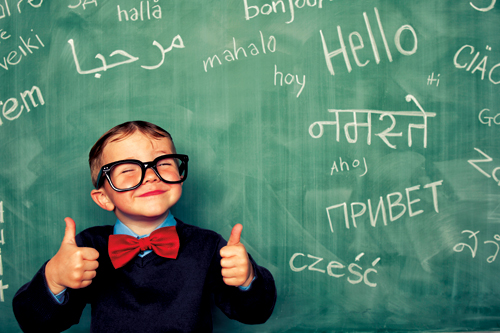 the work that has gone into it, including collecting data from homes across Malta and Gozo and validating it at clinics all over the island; a process which took over six years to complete was done through the Framework Projects of the European Union 6 and 7.

But, some parents may ask: what happens to children whose impairments are not identified?

“What’s important to remember is that speech and language processing is all cognitively processed by the brain, but it is not necessarily related to brain pathology, in that it is not only a side-effect of a neurological condition, which can be primary or secondary to an underlying condition,” Professor Grech continues.

“When left unidentified, language impairment can have a dramatic effect on a child’s life. From bullying in schools to life-long low self esteem, as well as difficulty in communicating and all the byproducts of that.”

Apart from this, the Department of Communication Therapy within the Faculty of Health Sciences, of which Professor Grech is head, is also working on various other research projects to help the development of vocabulary, auditory processing skills and written language skills in Maltese children, as well as a study related to acquired language skills, for example, following a stroke.

“There is still so much that we need to research and understand to help children and adults with speech impairments, and language-learning difficulties, as well as those who have trouble with auditory processing skills,” she concludes.

You too can be part of this fascinating world of research by supporting researchers in all the faculties of the University of Malta. A fund raising concert will be taking place with proceeds going towards brain related research, featuring internationally acclaimed violinist Carmine Lauri in Vivaldi’s The Four Seasons. Please click here for more information on the concert. To book online please click here.

By RIDT in Blog, Brain Research, Supporting Research on March 2016